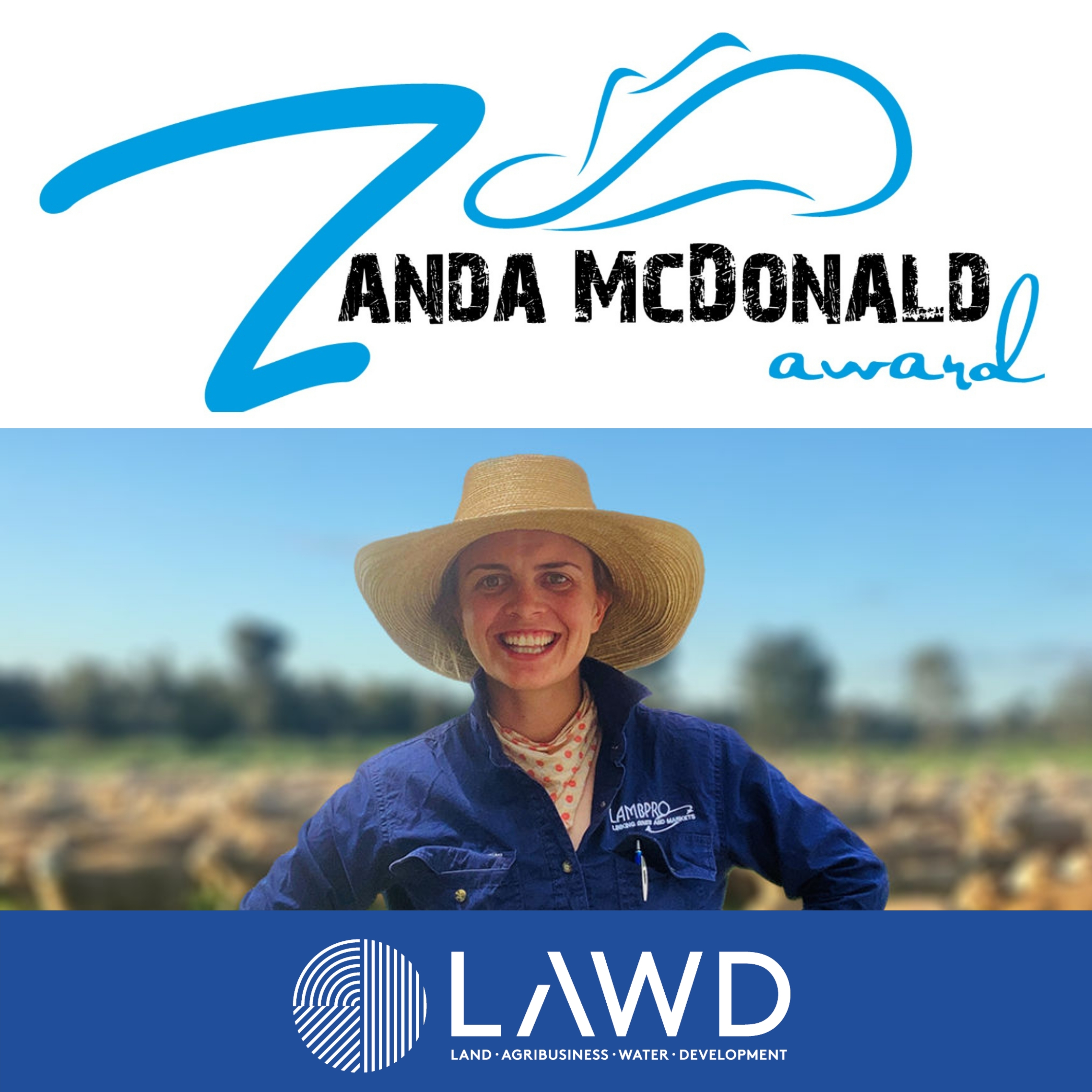 NATIONAL real estate agency and advisory firm Land, Agribusiness, Water & Development (LAWD) has today announced its sponsorship of the prestigious Zanda McDonald Award for the next three years to support industry in growing and mentoring the agriculture leaders of tomorrow.

The Zanda McDonald Award recognises people aged 21 to 35 working in the primary industry sectors of New Zealand and Australia, with the winner awarded access to the expertise and experience of prominent agribusiness leaders to further develop their career.

LAWD Executive Chairman and Zanda McDonald Award Judge, John McKillop, said LAWD’s commitment to being part of the evolution of Australian agriculture included supporting the young people who are creating change within the industry.

“As a company we are delighted to support the next generation of leaders in agriculture through the Zanda McDonald Award,” Mr McKillop said.

“Zanda was an inspiring and respected identity in the beef and livestock sector who led by example, and whose life tragically ended far too soon. He worked tirelessly to encourage others to forge careers in agriculture and challenged industry to continually improve its performance.

“This important annual award helps to continue Zanda’s legacy and has a proven track record of identifying young people who are dedicated to creating a more prosperous farm sector, with many previous winners having gone on to achieve great things.”

Zanda McDonald was a foundation member of the Platinum Primary Producers (PPP) Group and the Award was established in 2015 when PPP Chairman, Shane McManaway, saw an opportunity to recognise the contribution Zanda had made to industry.

Zanda McDonald Award Chair, Richard Rains, said the involvement of industry leaders, such as LAWD, helped to ensure young people showing potential could be supported in growing their careers.

“This Award is made possible by the support of organisations, such as LAWD, which share in our passion to nurture and celebrate future leaders in agriculture,” Mr Rains said.

“Over the past six years, we have presented nine young people across Australia and New Zealand with the Award, each of whom have received time with industry leaders, a tailored mentoring trip and education package, media training, and a position on the judging panel for the following year.”

“This Award is the perfect platform for the exchange of knowledge between the next generation, which brings latest innovations and new perspectives, and existing leaders who draw on decades of industry experience.

“We see this information sharing as vital to agriculture’s continuous improvement and look forward to playing our part in supporting the initiative over the next three years.”

Applications for the 2022 Zanda McDonald Award opens in August 2021.